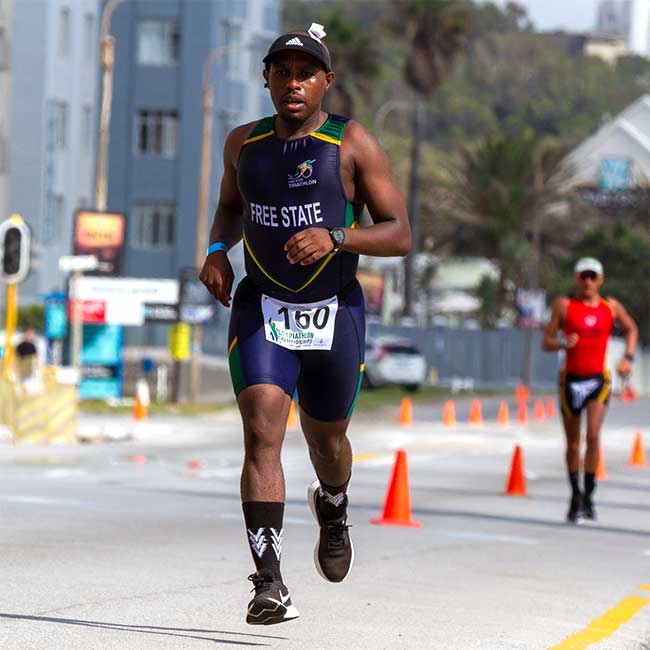 I started running in August 2015 around my neighbourhood after seeing on Facebook and Instagram, a lady friend of mine from Pietermaritzburg running consistently since the beginning of 2015 even throughout winter season. She inspired me to want to lose weight and take care of my own body because it is the only place I live in.

During my weight loss journey, I was running, cycling and swimming because I wanted to lose weight as well as maintain it afterwards; I then later in September 2016 developed an interest in triathlon/duathlon which went well with my first race up until now.

The reason why I love doing triathlon/duathlon is because I constantly feel challenged mentally and physically. It helps me strengthen two important muscles, discipline and willpower, and those muscles improve the quality of my life.

HOME | PRODUCTS | BENEFITS | FAQ’S
ABOUT US | AMBASSADORS | CONTACT US